What does the future of storage technologies look like with this constant development? What can we expect from the sensational entry of artificial intelligence into the digital world?

The form of storage has changed a lot since 1956

In 1956, IBM released its very first IBM RAMAC (Listening and control method with random access) 305. The idea was based on the realization that there would be a large demand for storage space in computing. The IBM RAMAC had a capacity of 5MB in its early days, a very small amount one would say, but that was the 50’s. Dekar 25 GPa 25GB drive, was closer to our current hard drives.

Storage spaces have evolved in shape and capacity over time. Almost 50 years later, in the early 2010s, the issue of read and write speeds was added to the memory problems. This explains the arrival of SSD, which will occupy a prominent place among video game enthusiasts. In fact, gamers monopolize a large clientele in the hard drive market. The latter are always hungry for storage space and benefit from the constant improvements in hard drives. The larger the storage capacity and the higher the read and write speeds, the better off you are. 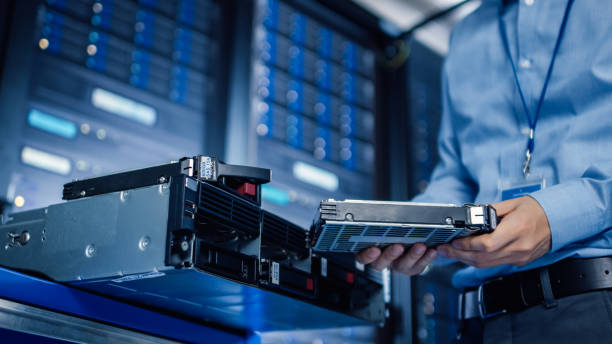 Hard Drive: How Could AI Make a Difference?

Artificial intelligence is gaining ground in the computing world. Scientists at Carnegie Mellon University in Pennsylvania have taken the first step in integrating AI into the creation of a hard drive. These researchers invented a chip that analyzes the data present on the hard drive to speed up the storage speed. Neural networks, part of the many virtues of AI, are exploited in this case.

Data stored on a metal layer is inspected by the AI ​​chip. It will optimize the processor of the memory. This reduces data loss and increases read and write speeds. And these are only advantages, because from now on you can acquire a powerful and intelligent hard disk at a reasonable price. The only existing prototype is well preserved in the research laboratories of Carnegie Mellon University in the United States of America.